Robotics Team π is a robotics team founded in august 2016 by enthusiastic and motivated Mechatronic students at the Fontys University of Applied Sciences in Eindhoven, the Netherlands. However Robotics Team π got officially registered as a FIRST Robotics Competition team in September 2017. The first year the founders did a building year for test purposes to determine what should be the strategy to define a game season. In this year the team also did develop a test robot called Primus which was the first ever robot that was being developed by Robotics Team π. The robot that was being developed was for the FIRST SteamWorks game of 2017. The first year was a long and hard journey but despite the ups and down the team is very proud of what they achieved in just 1 year. The foundation of a rising team is made and only the future can tell what this team can accomplish. 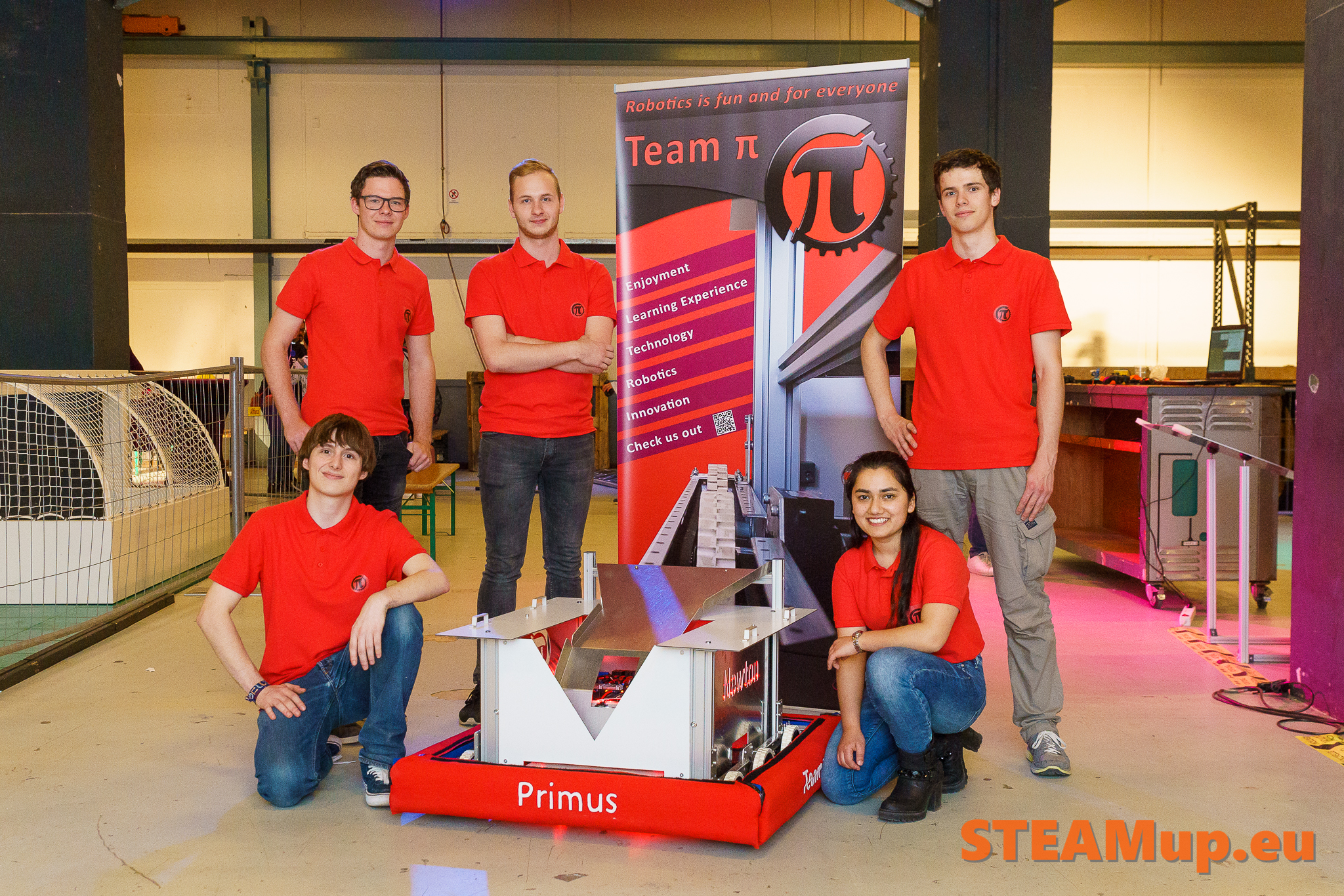 In the second year Robotics Team π was officially registered as a FIRST Robotics Competition team. With this also a collaboration started with a high school. New members joined the team whilst the team keeps developing their knowledge of the FIRST community. The founders act as mentors for the new students guiding them through the different challenges they need to overcome. It is the true mission for Robotics Team π to introduce robotics to the next generation in a learning and challenging way and give them an opportunity to learn about technology and science. In the second year the team made their first competition robot named Blinky. The robot was being developed for the FIRST Power UP game of 2018. It competed in the Arizona Regional in Flagstaff, AZ USA. In this regional the team managed to rank 19th(!) in a hard competition. Besides ranking high the team also managed to win the Rookie all-star award rewarded to the best overall rookie team that got all things right. Not only having a great robot but also good outreach for your community and respect for all your sponsors. We were overwhelmed by being granted with such a honorable award and are very proud of achieving this. This also gave us a place in the World Championship of Detroit, MN USA in the year 2018. We unfortunate ranked 66th but are still very proud of us even achieving the World Championship in our first rookie year. We’ve gained a lot of experience from this year and are looking forward to using this experience in the next year. 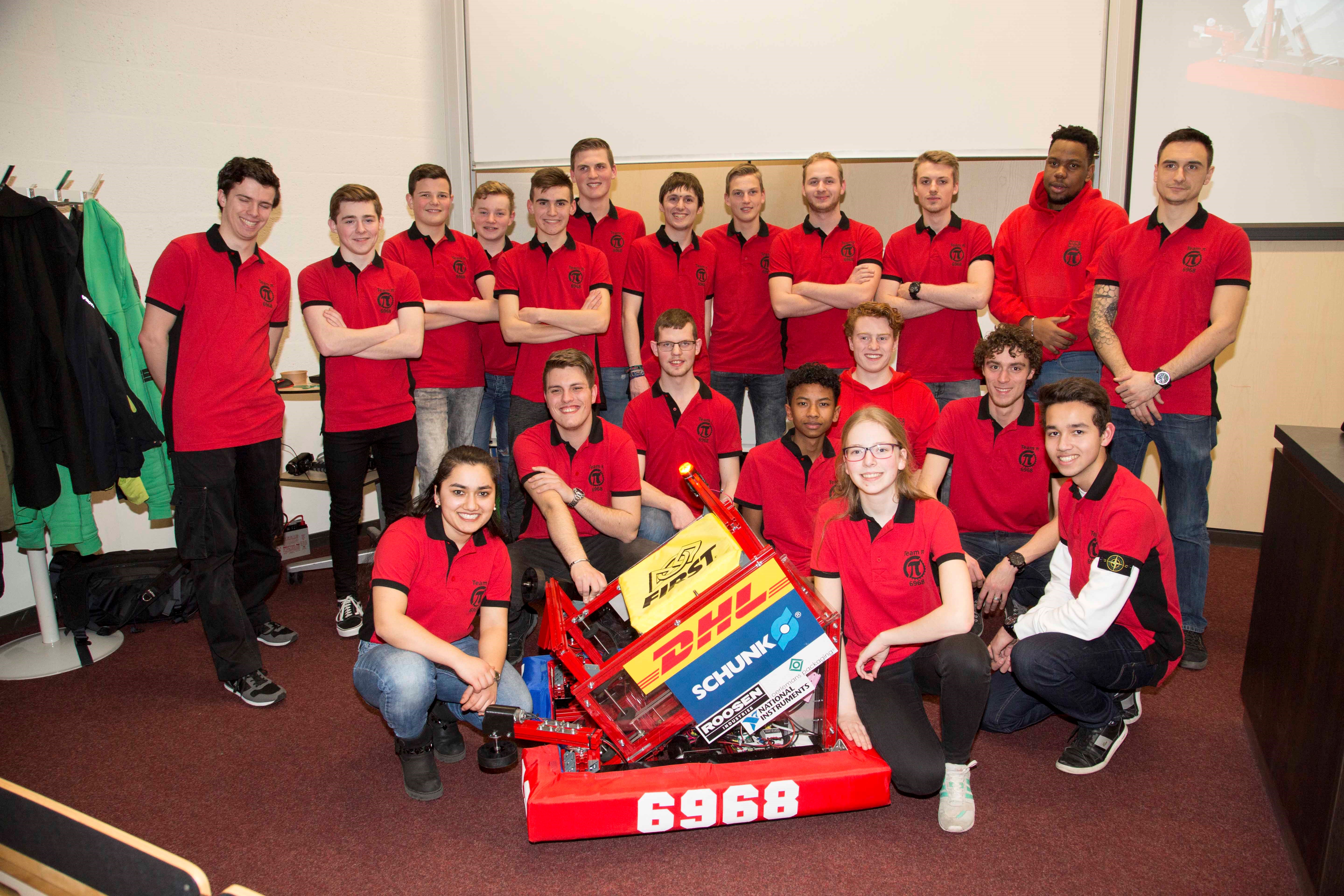